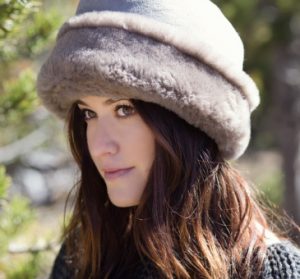 The opening ceremony at the Olympic Games has become one of the most highly-anticipated “fashion shows” in the athletic world, and the parade of nations during the 2014 Winter Olympics in Sochi, Russia certainly didn’t disappoint. The athletes’ ensembles were designed by BOSCO and reflected not only Russia’s national pride, but the country’s appreciation for traditional folklore as well. Sheepskin played a dominant role in the Russian athlete’s uniforms, chosen as much for its recognizable style as its practical warmth in Russia’s extreme cold. Genuine sheepskin has hollow fibers, which means the material naturally wicks away moisture from the body, keeping the wearer warm in even the coldest temperatures. And the temperatures in Sochi during the Olympics were cold indeed!

For their opening ceremony uniform, the Russian Olympic Team sported contemporary designs inspired by traditional Russian prints and motifs from the past, all rolled up into warm and comfortable wintertime gear. The female athletes wore toques – traditional European hats resembling knit caps – and long blue, white and red down coats trimmed in real fur, while the male athletes were garbed in double-breasted navy military coats trimmed in white sheepskin, and ushankas – the traditional sheepskin aviator hat Russia is famous for.

The Olympic athletes weren’t the only ones in Sochi outfitted in sheepskin, though. Sheepskin hats in particular have been worn in Russia for centuries, and warm, cozy shearling remains the material of choice for Russian military and police forces today, as well as everyday citizens. Inspired by the style and warmth of this type of head wear, we have two Russian-style sheepskin hats available that are guaranteed to up your cool factor, regardless of the weather. Our sheepskin diplomat hat and shearling bomber hat are both custom-made to order using high-quality sheepskin, and are available in a variety of stylish colors, including brown, black, ivory and tan.

There’s a reason everyone from Russian athletes to military and police forces choose ushankas, or luxurious sheepskin hats, over other types of head wear in the chilly winter weather. The thick, dense wool of sheepskin bomber hats not only protect the crown of your head from the elements, but also feature shearling flaps that keep your ears and chin toasty warm too. And sheepskin diplomat hats, also popular in Russia, are a cool take on the winter hat with a chic European twist. All in all, sheepskin aviator hats and diplomat hats offer warmth and protection from the weather that is far superior to other types of head wear, and we loved seeing them featured during the 2014 Sochi Olympics!